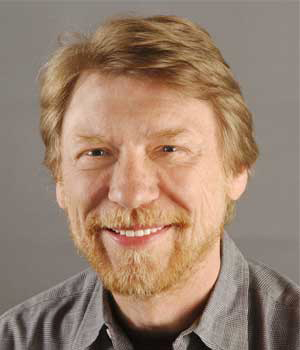 
"For extraordinary accomplishments exposing educators, policymakers, and the general public to the wonder and joy of scientific exploration, especially in physics, through the development of Exploratorium exhibits and educational resources, and assisting in the creation of Exploratorium spinoffs in many communities."


Rob Semper joined the Exploratorium in 1977. Over the years he has had a career developing exhibits and exhibitions onsite and worldwide, creating teacher education programs, producing publications, films, online media and communication programs, expanding the informal science education field and leading major initiatives including the relocation of the Exploratorium to Pier 15/17 in 2013 and one of the first museum websites in 1993. Currently as Chief Science Officer, Rob provides strategy and oversight to the science and science education work of the Exploratorium and represents the Exploratorium to the broader world of science, science centers, and STEM education. As Senior Director of Educator Engagement, Rob is also responsible for developing and leading the institutional strategy for educator learning programs. Rob has been Principal Investigator on over 50 federally and privately funded projects that include developing new onsite, online and media resources and programs for teachers and museum educators. Rob is a member of the Federal STEM Education Advisory Panel. Awards include APS Fellow 2019; AERA Fellow 2008; AAAS Fellow, 2006; and the NSTA 2006 Faraday Science Communicator Award. Before joining the Exploratorium, Rob taught physics at St Olaf College and conducted solid state, elementary particle and nuclear physics research at LBNL and UCSF. He received his BS in physics from Moravian College in 1968 and his PhD in physics from the Johns Hopkins University in 1973.