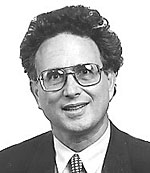 
"For leadership in establishing energy and environmental problems as legitimate research fields for physicists, and for demonstrating that these broadly-defined problems can be addressed with the highest scientific standards."


Robert H. Socolow is a Professor of Mechanical and Aerospace Engineering, where he has been on the faculty since 1971. He was the Director of the Center for Energy and Environmental Studies, 1979-1997. He teaches in the School of Engineering and Applied Science and in the Woodrow Wilson School of Public and International Affairs.

Socolow was the editor of Annual Review of Energy and the Environment (Annual Reviews, Inc.) 1992-2002. He served on the Board of Directors of the National Audubon Society from 1992-99. In 1995, he was a member of the Fusion Review Panel of the President's Committee of Advisors on Science and Technology (PCAST).

Socolow earned a B.A. in l959 and Ph.D. in l964 from Harvard University in theoretical high energy physics. He was an assistant professor of physics at Yale University from l966 to l97l. He is a Fellow of the American Physical Society and the American Association for the Advancement of Science.