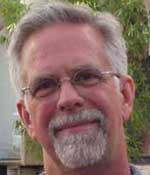 
Robert Swendsen received his B.S. in Physics from Yale University and his Ph.D. in Physics from the University of Pennsylvania. After postdoctoral work at the Universität zu Köln, Germany, the Kernforschungsanlage in Jülich, Germany, and Brookhaven National Laboratory, he joined the IBM Zurich Research Center. In 1984 he assumed his current position as Professor at Carnegie Mellon University, where he has served as Head of the Physics Department and Associate Dean of the Mellon College of Science.

Professor Swendsen has made fundamental contributions to computational physics through his work on the development of the Monte Carlo renormalization group method, cluster methods for simulations, histogram methods for the analysis of data from simulations, and optimization methods for the simulation of complex systems. He has also written two books: Daniel C. Mattis and Robert H. Swendsen, Statistical Mechanics made Simple, Second Edition, (World Scientic, New Jersey, 2008), and Robert H. Swendsen, An Introduction to Statistical Mechanics and Thermodynamics, (Oxford, London, 2012).

Professor Swendsen is a Fellow of both the American Physical Society and the American Association for the Advancement of Science. He was given an IBM Outstanding Achievement Award in 1981 and shared a Forefronts of Large-Scale Computational Problems Award with S. Kumar, J.M. Rosenberg, and P.A. Kollman in 1991.