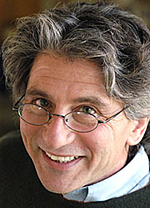 
"For original contributions to spontaneous Raman and ultrafast spectroscopy of fundamental excitations in solids."


Roberto Merlin received the Licenciado en Ciencias Fisicas (M.S.) degree from the University of Buenos Aires, Argentina, in 1973 and the Dr. rer. nat. (Ph.D.) degree fron the Univesity of Stuttgart, Germany, in 1978. He was a postdoctoral Research Associate at the University of Illinois at Urbana-Champaign. In 1980, he joined the faculty of the University of Michigan where he became Professor of Physics in 1989. Since 2000, he has held a joint appointment in the Department of Electrical Engineering and Computer Science. he is currently Director of the Optical Physics Interdisciplinary Laboratory.

Merlin has used spontaneous and stimulated Raman spectroscopy to study elementary excitations covering a wide range of condensed matter systems. His current research interests focus on the generation and control of coherent vibrational and electronic fields using ultrafast laser pulses. At Michigan, major contributions of Merlin, his students and collaborators include the realization of Fibonacci superlattices, phonon and magnon squeezed states, entanglement of donor-bound electrons, the discoveries of the quantum-confined Pockels effect and subliminal Cherenkov radiation, and the proposal of the phonon Bragg switch as a means to produce subpicosecond x-ray pulses.