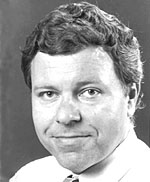 
"In recognition of their spectroscopic investigations that have elucidated the structure and eigenstate resolved dynamics of weakly bound complexes. They have each pioneered a novel method of high resolution Infrared Spectroscopy and have used their respective methods in a series of insightful investigations of a wide range of chemically important complexes."


Dr. Miller received his BS degree (1975) and his Ph.D. degree from the University of Waterloo, Canada. The focus of his research project was on the development and use of a new and powerful laser spectroscopic method, that is now well known as Opto-Thermal Spectroscopy. He then went to the Australian National University as a research fellow from 1980 to 1984. While there, Dr. Miller set up a new laboratory for the study of intermolecular forces. He also applied this method to the study of weakly bound complexes and in crossed molecular beam scattering studies.

In 1985 he joined the faculty at the University of North Carolina and has worked in a number of areas, including the spectroscopy and dynamics of weakly bound complexes, surface sciences, atmospheric chemistry and combustion.

Dr. Miller is an Alfred P. Sloan fellow, a fellow of the APS and in 1995 was awarded an Alexander von Humboldt-Stiftung Research Award. In 1996 he was appointed as John B. Carroll Professor at the University of North Carolina, Chapel Hill.