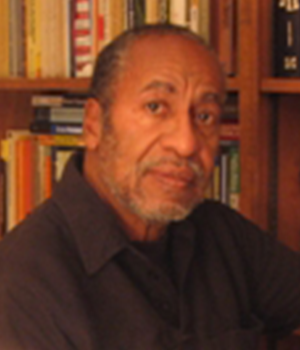 
"For contributions to the understanding of nonlinear oscillations, the creation of novel numerical techniques for differential equations and his motivational lectures and writings about the history of African American physicists."


Ronald Mickens received a BA in physics from Fisk University (1964) and a Ph.D. in theoretical physics from Vanderbilt University (1968). He held postdoctoral positions at the MIT Center for Theoretical Physics (1968-70), Vanderbilt University (1980-81), and the Joint Institute for Laboratory Astrophysics (1981-82). He was professor of physics at Fisk University from 1970  1981. Presently, he is the Distinguished Fuller E. Callaway Professor at Clark Atlanta University. His current research interests include nonlinear oscillations, asymptotic methods for difference and differential equations, numerical integration of differential equations, the mathematical modeling of periodic diseases, and the history/sociology of African Americans in science. He has published more than 280 peer-reviewed research articles and written and/or edited fifteen books. He serves on the editorial boards of several research journals, including the Journal of Difference Equations and Applications and the International Journal of Evolution Equations. His scholarly writings have appeared in reference works such as African American Lives (Oxford University Press), American National Biography (Oxford University Press), and Biographical Encyclopedia of Scientists (Marshall Cavendish). His honors include fellowships from the Ford, Woodrow Wilson, and National Science Foundations; and election to Pi Beta Kappa (1964). During 1998-99, he was an American Physical Society Centennial speaker. He also served as a Distinguished National Lecturer for Sigma Xi, The Scientific Research Society for 2000  2002. His professional memberships include the American Association for the Advancement of Science, the American Physical Society (for which he is an elected Fellow), the History of Science Society, the Society for Mathematical Biology, and the American Mathematical Society.