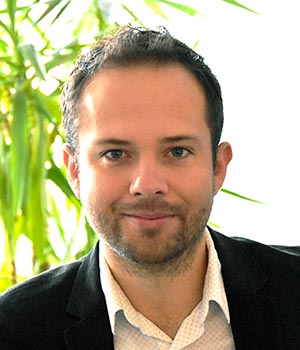 
Prof. Garcia Ruiz is an Assistant Professor at the Department of Physics at MIT. His research actives are focused on the development of laser spectroscopy techniques to investigate the properties of subatomic particles using atoms and molecules made up of short-lived radioactive nuclei. His experimental work provides unique information about the fundamental forces of nature, the properties of nuclear matter at the limits of existence, and the search for new physics beyond the Standard Model of particle physics. Ronald grew up in a small town in the Colombian mountains. As a teenager he moved to Bogota, where he obtained a bachelor’s degree in physics in 2009 at Universidad Nacional de Colombia. After earning a Master’s degree in Physics in 2011 at Universidad Nacional Autónoma de México, he moved to Belgium to start his PhD degree at KU Leuven. Ronald was based at CERN during most of his PhD working on laser spectroscopy techniques for the study of short-lived atomic nuclei. After his PhD, he became a Research Associate at The University of Manchester (2016-2017), and CERN Research Fellowship (2018-2019). Ronald has received several awards for his scientific contributions, including the National Academic Award in Science, Alejandro Angel Escobar Prize of Colombia 2021, the DOE Early Career Award 2020, a FRIB visiting scholar award 2020, the IOP Nuclear Physics Group Early Career Prize 2018, the Best PhD Thesis prize from the Nuclear Physics Division of the European Physical Society 2018.