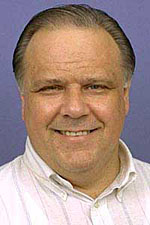 
"For his advancement of experimental techniques and their integration into experiments that have led to new insight into complex flows."

His research interests are the space-time structure of turbulent fluid motion, especially wall turbulence and thermal convection, and the development of techniques, both experimental and analytical, to explore these structures. Methods to which he has made fundamental contributions are the laser Doppler velocimeter technique, particle image velocimetry and the stochastic estimation method.

He co-edited Experiments in Fluids, and a twelve volume series on Laser Techniques in Fluid Mechanics. Currently, he serves as an Associate Editor of J. Fluid Mechanics . He is a Fellow of the APS, the American Academy of Mechanics, the ASME, and a member of the United States National Academy of Engineering. Recently, he received the Nusselt-Reynolds Prize for 2001 for experimental research in fluid mechanics and the AIAA Award in Measurement Technology for 2002.