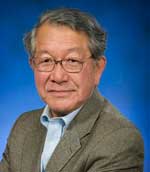 
"For his outstanding contribution to the design and construction of accelerators that has led to the realization of major machines for fundamental science on two continents, and his promotion of international collaboration."


Satoshi Ozaki completed his BS and MS at Osaka University, Japan, in 1953 and 1955, respectively, and came to the U.S. in July 1955 as a Fulbright student. After obtaining his PhD in Physics from MIT in 1959, he moved to BNL, pursuing experimental research and development of research facilities, major particle spectrometers and on-line computer systems for real-time data analysis. In 1981, he moved to KEK, Japan, to direct the construction of TRISTAN, a 60 GeV e+e- collider, the first major high energy physics facility (~$500 M) in Japan. After completing TRISTAN on schedule and on budget in 1987, he returned to BNL in 1989 as Head of the RHIC Project (~$600 M), which was completed in 1999, leading to an outstanding physics program. He was also instrumental in bringing polarized proton capability to RHIC with funding support from RIKEN, Japan. He is the Senior Project Advisor to the NSLS-II Project at BNL, the role he assumed in August 2007 after serving as the Director for the Accelerator Systems Division since its inception in 2005. He has served on science policy committees of several laboratories, and on technical, project and program reviews and advisories for many laboratories and for DOE. He is a member of the ILCSC and LCSGA, and is a Fellow of the APS.