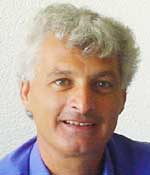 
"For groundbreaking contributions to the development and application of the lattice Boltzmann method."


Sauro Fausto Succi, Ph.D., received his undergraduate degree in nuclear engineering from the University of Bologna (Italy) in 1979 and his Ph.D. in plasma physics from the École Polytechnique Fédérale de Lausanne, (Switz.) in 1987. From 1986 to 1995 Dr. Succi held a research staff position at the IBM European Center for Scientific and Engineering Computing, in Rome, Italy. Since 1995 Dr. Succi has served as a director of research at the Istituto Applicazioni Calcolo of the Italian National Research Council in Rome. He is also a research associate in the physics department of Harvard University (Cambridge, Mass.) and a visiting professor at the Institute of Applied Computational Science at the School of Engineering and Applied Sciences of Harvard University. Dr. Succi has held visiting positions at Scuola Normale di Pisa (Italy), University of Paris (France), University College London (U.K.), Swiss Federal Institute of Technology (Zurich), Freiburg Institut of Advanced Studies (Germany), University of Chicago (Ill.), Yale University (New Haven, Conn.), and the Harvard University Weizmann Institute of Science. He has published extensively on a broad range of topics in computational kinetic theory and nonequilibrium statistical physics, including thermonuclear plasmas, fluid turbulence, micro- and nanofluidics, as well as quantum-relativistic flows. He is also is the author of the monograph, "The Lattice Boltzmann Equation for Fluid Dynamics and Beyond” (Oxford Univ. Press 2011). Dr. Succi is an elected Fellow of the APS (1998) and a member of the EPS. He also served in the Core Group of Physics Engineering Sciences Committee of the European Science Foundation and an elected member of the Academia Europaea (2015). Dr. Succi features in the list of Top Italian Scientists. He has received the Humboldt Prize in physics (2002) the Killam Award of the University of Calgary (2005) and the Raman Chair of the Indian Academy of Sciences (2011).