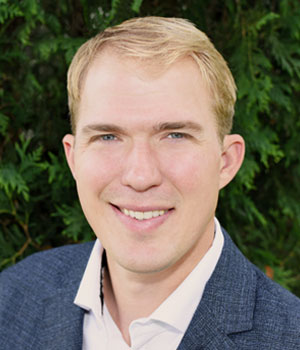 "For fundamental advances to the kinetic theory of strongly-coupled plasma and plasma sheaths."


Scott Baalrud is an Associate Professor of Physics at the University of Iowa. He received his B.S. (2006), M.S. (2008), and Ph.D. (2010) degrees from the Engineering Physics department at the University of Wisconsin-Madison. Dr. Baalrud worked as a DOE Fusion Energy Sciences Postdoctoral Fellow at the University of New Hampshire (2010-2012) and as a Richard P. Feynman Postdoctoral Fellow at Los Alamos National Laboratory (2012-2013), before joining the University of Iowa. His research concerns the theoretical foundations of plasma physics, with an emphasis on kinetic theory of strongly coupled plasmas, strongly magnetized plasmas, unstable plasmas, magnetic reconnection, and sheaths. This work contributes to applications in low temperature plasmas, high energy density plasmas, and fundamental physics experiments. He was the recipient of the 2018 Hershkowitz Early Career Award and Review, as well as Early Career awards from NSF, DOE and AFOSR. He is a member of the American Physical Society.