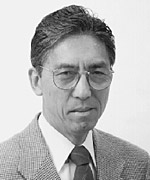 
"For his many seminal contributions to the understanding of biological systems ranging from proteins to intact organs by nuclear magnetic resonance, culminating in the development and application of functional magnetic resonance imaging by blood oxygenation level dependent (BOLD) contrast."


Seiji Ogawa received his B.S. degree from the University in Tokyo in Applied Physics (1957) and his Ph. D degree from Stanford University in Chemistry (1967). He was a research associate at the Mellon Institute in the early 1960's, studying radiation chemistry.

In the early 1970's, Dr. Ogawa worked on studies of the structure-function relation in proteins by NMR (maganetic resonance spectroscopy), especially on cooperative oxygen binding in hemoglobin. From the mid 70's to mid 80's he pioneered in in vivo NMR studies of cellular metabolism and energetics and also enzyme kinetics.