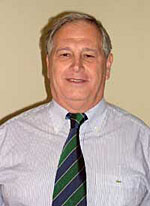 
Sergio Ferrara was born in Rome, Italy, on May 2, 1945; he graduated from the University of Rome in 1968. Since then he has worked as a CNEN and INFN researcher at the Frascati National Laboratories; as a CNRS Visiting Scientist at the Laboratoire de Physique Theorique, Ecole Normale Superieure, Paris, and at the Theoretical Studies Division at CERN, Geneva. In 1980 he was made a full professor of theoretical physics in Italy. He became a staff member of the Theory Division at CERN in 1981 and a Professor of Physics at the University of California, Los Angeles, in 1985. Since 1986 he has been a senior staff member of the Physics Department at CERN.

Dr. Ferrara received the "Prix Scientifique UAP" in Paris in 1991 and, together with Dr. D. Freedman and Dr. P. van Nieuwenhuizen, was awarded the Dirac Medal and Prize of ICTP in 1993. In 2005 he received an "honorary degree" in Physics from the University of Rome "Tor Vergata" and shared the 2005 "Enrico Fermi" Prize of the Italian Physical Society with Dr. G. Veneziano and Dr. B. Zumino.

Dr. Ferrara has written approximately three hundred research papers in the field of theoretical elementary particle physics and mathematical physics, particularly in the study of conformal invariance in quantum field theory, supersymmetric gauge theories and the theory of supergravity and superstrings.

Dr. Ferrara has served on the INFN Council from 1983 to 1989, on the NATO Scientific Committee from 1996 to 2000, and is presently a member of the Administrative Council of the Enrico Fermi Centre in Rome, Italy.