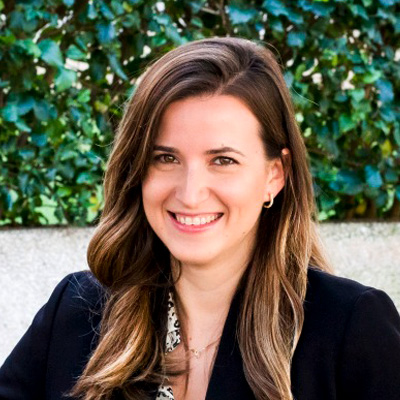 
"For thesis topic, “Clues to the Nature of Dark Matter from Low-Mass Galaxies Beyond the Local Group.""


Shany Danieli’s research is focused on low mass galaxies, studied in the context of testing cosmology on small scales and galaxy formation theories. She received her B.Sc. in Physics from Tel Aviv University in 2013 and completed her Ph.D. in Physics in 2020 at Yale University under the supervision of Prof. Pieter van Dokkum. Shany's thesis elucidated the nature of Cold Dark Matter around the lowest mass galaxies in the nearby Universe, utilizing innovative observational tools and techniques to overcome long-standing barriers in discovering and characterizing these faint galaxies. These studies led to several novel results on the population of Ultra Diffuse Galaxies and dwarf galaxies as probes for dark matter substructure. She worked on the construction, software development, and operations of the Dragonfly Telescope, designed to image extremely faint structures in the night sky. Her research also takes advantage of other field-leading instruments, such as the Hubble Space Telescope and the two 10-meter W. M. Keck telescopes, from which she provided the strongest evidence yet for the existence of a class of galaxies that lack dark matter. She is now leading the Dragonfly Wide Field Survey to provide a comprehensive study of the low surface brightness Universe. In 2013, she received the Leigh Paige Award, and her dissertation work was recognized with the Price Prize in Cosmology and Astroparticle Physics in 2019. In 2020, Shany was awarded a NASA Hubble Postdoctoral Fellowship at the Institute for Advanced Study, to continue exploring the nature of dark matter using low surface brightness galaxies, and will start a joint Hubble and Carnegie-Princeton Fellowship at Princeton University in Fall 2021.