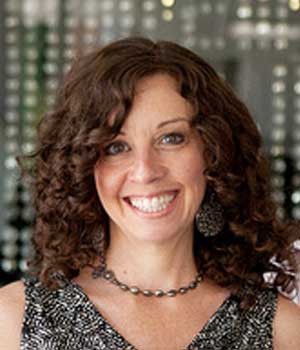 
"For innovative molecular dynamics simulations of the self-assembly of variously shaped particles which opened up new directions in soft matter and materials science research."


Sharon C. Glotzer is the Anthony C. Lembke Department Chair of Chemical Engineering at the University of Michigan in Ann Arbor. Glotzer is also the John Werner Cahn Distinguished University Professor of Engineering, the Stuart W. Churchill Collegiate Professor of Chemical Engineering, and Professor of Materials Science and Engineering, Physics, Applied Physics, and Macromolecular Science and Engineering.  She received her B.S. in physics from UCLA in 1987 and her Ph.D. in physics from Boston University in 1993. Glotzer’s research on computational assembly science and engineering aims toward predictive materials design of colloidal and soft matter. Her introduction of the notion of “patchy particles,” a conceptual approach to nanoparticle design, has informed wide-ranging investigations of self-assembly. She showed that entropy alone can assemble shapes into many structures, which has implications for materials science, thermodynamics, mathematics, nanotechnology, biology and more. Her group’s “shape space diagram” shows how matter self-organizes based on the shapes of the constituent elements, making it possible to predict what kind of ordered material will emerge from disorder. Her group develops and disseminates powerful open-source software, including the particle simulation toolkit, HOOMD-blue, which allows for fast simulation of materials on graphics processors. Glotzer was a National Research Council postdoctoral fellow in the Polymers Division at the National Institute of Standards and Technology (NIST), where she co-founded and directed the NIST Center for Theoretical and Computational Materials Science before joining the University of Michigan in 2001. She is a member of the National Academy of Sciences and the American Academy of Arts and Sciences, and a fellow of the American Physical Society, the American Association for the Advancement of Science, the American Institute of Chemical Engineers, the Materials Research Society, and the Royal Society of Chemistry.