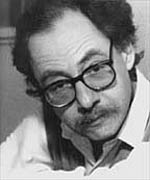 
"For incisive contributions to the development and understanding of modern theories of elementary particles. Of particular note are his contributions to symmetry breaking and the roles played by internal and space-time symmetries as well as the structure of solutions to an important model in quantum field theory."


Sidney Coleman was born in Chicago in 1937. He received his BA from Illinois Institute of Technology in 1957 and his Ph.D. from Caltech in 1962. In 1961 he joined the staff of the Harvard Physics Department, where he remains today as Donner Professor of Science.

The bulk of his research has been in theoretical high-energy physics, in particular in quantum field theory. He has contributed to the theories of strong-interaction symmetries, of spontaneous symmetry breakdown, of duality in two-dimensional field theories, of solitons and instantons, of the cosmological constant, and of quantum effects in black-hole dynamics. He is currently again working on black holes.

He is the author of one book, Aspects of Symmetry (1985), a collection of summer-school lectures. He is a Fellow of the American Physical Society, a Fellow of the American Academy of Arts and Sciences, and a Member of the National Academy of Science. He has received a prize for physics lectures from the Ettore Majorana Center for Scientific Culture, the Boris Pregel award from the New York Academy of Science, the Distinguished Alumnus award from Caltech, the Dirac Medal from the International Centre for Theoretical Physics, and the J. Murray Luck award from the National Academy.