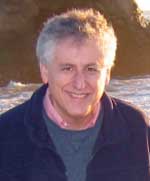 
"For applications of perturbative quantum field theory to critical questions of elementary particle physics, in particular, to the analysis of hard exclusive strong interaction processes."


Stan Brodsky received his Bachelor of Physics degree in 1961 as well as his Ph.D. in 1964 from the University of Minnesota. His Ph.D. advisor was Professor Donald Yennie, one of the leading theorists in precision atomic physics and quantum electrodynamics. He was a research associate in theoretical physics with Professor T.D. Lee at Columbia University in 1964-1966. In 1966 he joined the Stanford Linear Accelerator Center of Stanford University as a research associate in Professor Sidney Drell's theoretical physics group. Brodsky became a permanent staff member in 1968 and a Professor at SLAC in 1976. He was head of the SLAC theory group from
1996 to 2002.

In 1987, Brodsky was awarded the Senior United States Distinguished Scientist Award from the Alexander von Humboldt Foundation. In 2003 he was appointed the first Distinguished Fellow at the Thomas Jefferson Laboratory. He is a Fellow of the American Physical Society and co-founder of the International Light-Cone Advisory Committee.