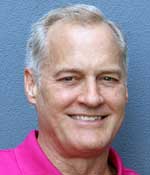 
Stephen D. Kevan, Ph.D., graduated Phi Beta Kappa and summa cum laude in 1976 from Wesleyan University (Middletown, Conn.) with a B.A. in chemistry. He earned his Ph.D. in physical chemistry from the University of California, Berkeley, in 1980. Between 1980 and 1986, he was a technical staff member of AT&T Bell Laboratories (now part of Nokia) outside Summit, New Jersey, after which he moved to the University of Oregon (Eugene), where he has been a member of the physics department faculty ever since. Dr. Kevan was the head of the physics department from 2007 to 2012 before taking an extended leave of absence to serve as the division deputy for science at the Advanced Light Source (ALS) at Lawrence Berkeley National Laboratory in Berkeley, California, where he continues to serve. Dr. Kevan`s areas of expertise include interface and 2D physics; surface, interface, and thin film electronic and magnetic structures; nanoscale material fluctuations and emergent complexity; and more generally soft X-ray science and technology. He has been a user at first (Stanford Synchrotron Radiation Lightsource), second (National Synchrotron Light Source at Brookhaven National Laboratory in Upton, N.Y.), and third generation (ALS) synchrotron radiation facilities, and is presently engaged in helping to plan a high brightness upgrade of the ALS to make it a fourth generation soft X-ray source. Dr. Kevan’s professional awards include the 1986 National Science Foundation Presidential Young Investigator Award and a 1987 Alfred P. Sloan Foundation Research Fellowship, and the 1998 ALS Science Prize. Dr. Kevan is a fellow of the American Physical Society, and of the American Association for the Advancement of Science.