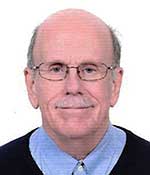 
"For leadership in the BaBar and Belle Experiments, which established the violation of CP symmetry in B-meson decay, and furthered our understanding of quark mixing and quantum chromodynamics."


Stephen Lars Olsen received a B.S. from the City College of New York in 1963 and a Ph.D. in physics from the University of Wisconsin in 1970. He is currently an Emeritus Research Fellow at the Center for Underground Physics of the Institute for Basic Science in Korea. His research has concentrated mostly on studies of heavy quarks and their associated hadrons using CLEO at Cornell, AMY and Belle experiments at KEK in Japan, and the BES experiments at IHEP in Beijing. He currently participates in the KIMS dark matter and AMoRE neutrinoless double beta decay searches at the Yangyang Underground Laboratory in Korea. Olsen was an Alfred P. Sloan Fellow (1972-1977), a John Simon Guggenheim Fellow (1986-1987), a Japan Society for the Promotion of Science Fellow (1987-1988). He was awarded the University of Hawaii Regents Medal for Excellence inResearch in 2002 and was designated as a University of Wisconsin Distinguished Alumni in 2007. He was elected Fellow of the APS in 1984.