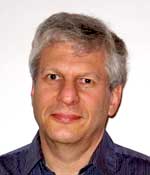 Shenkers research interests range from statistical physics to quantum field theory and string theory.  He and his collaborators have studied the phase structure of gauge theories and the consequences of conformal invariance for two dimensional critical phenomena and string theory.   They have discovered nonperturbative formulations of string theory and have pointed out  the existence of distinctively stringy nonperturbative effects.  His recent interests include the applications of quantum gravity to the study of cosmology and spacetime singularities.

Shenker has held an A.P. Sloan and a MacArthur Foundation fellowship.   He is currently a fellow of the American Physical Society and the American Academy of Arts and Sciences and has received teaching awards from Rutgers and Stanford Universities.