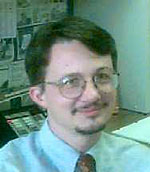 
"For developing the technical basis for diverse new initiatives in nuclear-arms control and nonproliferation policy and for communicating the relevant scientific results and their context effectively to policy makers and the public."


Steve Fetter is an associate professor in the School of Public Affairs at the University of Maryland. He received a S.B. in physics from MIT (1981) and a Ph.D. in energy and resources from the University of California, Berkeley (1985).

Fetter is a fellow of the APS and serves on the Executive Committee of the Forum on Physics and Society. He also serves on the National Academy of Sciences' Committee on International Security and Arms Control, the National Council of the Federation of American Scientists, the Board of Directors of the Arms Control Association, and on the Board of Editors of Science and Global Security and The Washington Quarterly.

He has published articles in Science, Nature, Scientific American, International Security, Science and Global Security, Bulletin of the Atomic Scientists, and Arms Control Today, and has contributed chapters to more than a dozen edited volumes. He is author of Toward a Comprehensive Test Ban and coauthor of The Future of U.S. Nuclear Weapons Policy and The Nuclear Turning Point.