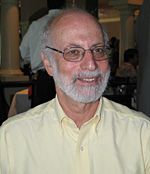 
"For building collaborations with scientists in Uzbekistan, India and Turkey; and for promoting research groups and supporting students in these countries."


Steven Trent Manson was born in Brooklyn, NY on December 12, 1940. He attended public schools, P.S. 128, Bensonhurst Junior High School and Lafayette High School. He then attended Rensselaer Polytechnic Institute (RPI) and received the B.S. in Physics in 1961. He did his graduate work at Columbia University, specializing in Theoretical Atomic Physics for his dissertation entitled The Theory of Auto-ionization which was accomplished under the direction of Professor Henry Foley, and he was awarded the Ph. D. degree in 1966. He was then awarded a National Academy of Sciences  National Research Council Postdoctoral Fellowship at the National Bureau of Standards (now NIST) where he spent two years studying atomic photoionization under the direction of Ugo Fano and John Cooper. Following his postdoc, he went as an Assistant Professor to Georgia State University in Atlanta in 1968 where he is still located. He was promoted to Associate Professor in 1971, Professor in 1976 and Regents Professor in 1984. He received the Arts & Sciences Alumni Distinguished Professor Award in 1977, the Golden Key Outstanding Faculty Research Award in 1985 and the University Alumni Distinguished Professor Award in 1986.

His research work over the years has concentrated on the interaction of charged particle and electromagnetic radiation with atoms and ions. He has published well over 200 papers in the area and his work has been supported by NSF, DOE, NASA, ARO, the Academy of Applied Science, NATO and the Civilian Research and Development Foundation. His current research is focused on photoionization of free and confined atoms and ions. Current projects include Nondipole Effects in Photoelectron Angular Distributions, Photoabsorption by Ions of Astrophysical Interest, Photodetachment of Inner Shells and Excited States of Negative Ions, Photoabsorption by Atoms and Ions Confined in a Fullerene, and Correlation Effects in Atomic Photoionization.

He has been involved in international collaborations for most of his professional career. His present collaborations involve scientists from France, U. K., Ireland, Russia, Serbia and Montenegro, Turkey, Israel, India, South Korea and Uzbekistan.