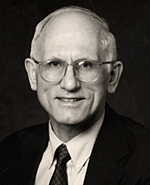 
"For seminal contributions to the theory of condensed matter systems including the prediction and elucidation of the properties of new, partially ordered phases of complex materials."


Lubensky received his B.S. in Physics from the California Institute of Technology in 1964 and his Ph.D. in Physics from Harvard University in 1969. He was an NSF Postdoctoral Fellow at the Université de Paris Sud in Orsay (1969-70) and a postdoctoral Research Associate at Brown University (1970-71). In 1971, he joined the University of Pennsylvania, where he is now the Mary Amanda Wood Professor of Physics and Chair of the Department of Physics and Astronomy.

Lubenskys early research dealt with thermal critical phenomena, particularly in random systems, in semi-infinite systems, and in liquid crystals, and with geometric critical phenomena associated with percolation, gelation, and branched polymers. A major focus of his work has been soft materials, especially liquid crystals. He has investigated the interplay between symmetry and dynamical and topological excitations in thermodynamic phases. He played a major role in collaborations that developed the theory of the elasticity, hydrodynamics, and topological defect structure of quasicrystals and that predicted the existence of the twist-grain-boundary phase, the liquid-crystralline analog of the Abrikosov vortex phase in superconductors in which ordered arrays of screw dislocations produce a repeated twisting of the layer structure of a smectic liquid crystal. His current research centers on the elastic and dynamic properties of soft materials like liquid crystalline elastomers, colloids, biopolymer networks, and granular materials. He is coauthor of a graduate text on condensed matter physics. Lubensky is a Fellow of the APS (1985) and the AAS (2000), and he is a member of the National Academy of Sciences (2002) and the International Liquid Crystal Society. He was named a Sloan Fellow in 1975 and a Guggenheim Fellow in 1981.