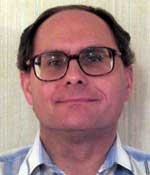 
Torbjörn Sjöstrand obtained his Bachelor degree in 1976 and his Ph.D. in 1982, both from Lund University (Sweden). He spent shorter postdoc periods at DESY (Germany) and Fermilab (USA), was back a few years in Lund, and then 1989-95 was staff member in the CERN theory group. He thereafter returned to Lund, at first as a researcher and since 2000 as a full professor. Starting in 2004 he was on a three-year "sabbatical" at CERN. He was awarded  "Edlundska priset" in 1992 by the Swedish Royal Academy of Sciences, and has been active within the Swedish Physical Society. He has participated in numerous major workshops, often as convener.

Sjöstrand is most known as the main author of the Jetset and Pythia event generators, which describe collision processes by a combination of theory and phenomenological models, many of them developed by himself. These generators have been used by essentially all high-energy collider experiments from the early 80ies onwards, and are highly cited. Currently he is working on improving the understanding of LHC data.