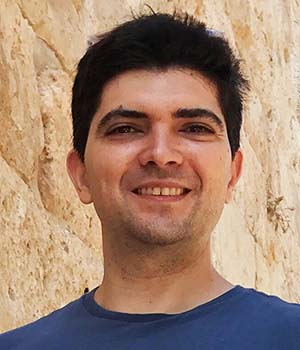 
Uri was born in Donetsk, Ukraine and grew up in Jerusalem, Israel. He received his B.Sc. in Mathematics and Physics (summa cum laude) from the Hebrew University in Jerusalem in 2010. He then pursued a physics Ph.D. at Yale University, working in the lab of Professor Michel Devoret and conducting theoretical research with Professor Steven Girvin. His 2017 dissertation, "Engineering Synthetic Quantum Operations", explores the different kinds of artificial atoms accessible using superconducting circuits. It reports the implementation of an artificial atom with engineered selection rules, resembling those found in "natural" atoms, and introduces a novel non-linear element, nicknamed the "SNAIL", which has since been used for amplification and coupling in quantum circuits. It also discusses the atoms accessible in driven-dissipative systems and demonstrates the stabilization and measurement of a qubit encoded in the transverse axis, allowing for the real-time detection of quantum jumps in qubit coherence. Uri is currently a John Harvard distinguished science fellow at Harvard University, working with Professor Amir Yacoby on quantum scanning magnetometry with nitrogen-vacancy centers and the use of quantum information techniques to study condensed matter properties.