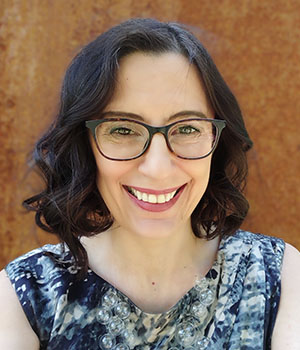 Valeria Molinero
The University of Utah


"For seminal contributions in understanding the crystallization of water and heterogeneous nucleation."


Valeria Molinero is the Jack and Peg Simons Endowed Professor of Theoretical Chemistry and Distinguished Professor at The University of Utah, where she leads the Henry Eyring Center for Theoretical Chemistry. A physical chemist by passion and training, Molinero received her undergraduate degree in Chemistry (1994) and a Ph.D. in Physical Chemistry (1999) from the University of Buenos Aires, before moving to the United States to pursue postdoctoral research at Caltech. Molinero joined the faculty at The University of Utah in 2006, where she has developed a computational and theoretical research program on the interplay between structure, phase transformation and dynamics in materials. A large part of her focus has been on investigating the behavior of water, silica and materials for energy. Molinero has been recognized with multiple awards, including the Helmholtz Award from the International Association of the Properties of Water and Steam, the Beckman Young Investigator Award, the Camille Dreyfus Teacher Scholar Award, the Cozzarelli Prize on Physical and Mathematical Sciences of the Proceedings of the National Academy of Sciences, and a Doctor Honoris Causa from the University of Buenos Aires. Molinero is an elected member of the Utah Academy of Engineering and Science, the American Academy of Arts and Sciences, and the National Academy of Sciences of the United States.