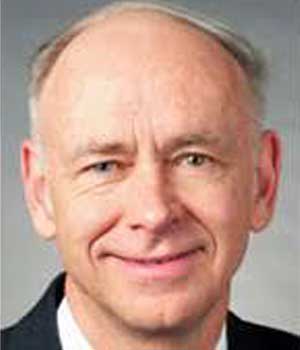 
"For pioneering work in collider physics contributing to the discovery and characterization of the W boson, top quark, and Higgs boson, and for the development of incisive strategies to test theoretical ideas with experiments."


Vernon Duane Barger was born in 1938 in Curllsville, Pennsylvania. He received his BS in Engineering Science and his PhD in Theoretical Physics from Penn State University in 1960 and 1963 respectively. His PhD advisor was Professor Emil Kazes. Barger joined the University of Wisconsin at Madison as a postdoc where he has continued on the faculty for more than 50 years. In 1984 Barger cofounded the UW Phenomenology Institute. Barger is now the J.H. Van Vleck Professor of Physics and a Vilas Research Professor. Barger developed strategies for discovery of Standard Model particles and tests of their interactions at colliders. He made contributions to neutrino oscillations, particle dark matter, early universe cosmology, heavy quarks and the Regge pole model. His work is now focused on supersymmetry and the string theory landscape at the LHC. His research has been continuously funded since 1963 by the U.S. Department of Energy and its predecessor agencies. Barger received a John Simon Guggenheim Foundation Fellow award in 1972. He is an APS Fellow and he served on the DPF Executive Committee. Barger has held visiting appointments at physics institutes around the world including CERN, U.Durham, U.Hawaii, KITP at UCSB, Rutherford Lab, SLAC, U.Tokyo and U.Washington. He was a Frontier Fellow at Fermilab in 1998. Barger and Roger Phillips authored an acclaimed textbook "Collider Physics". Barger authored "Neutrino Physics" with Danny Marfatia and Kerry Whisnant.