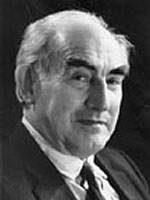 
"For being a compassionate mentor and lifelong friend to young scientists; for setting high standards as researchers, teachers and citizens; and for promoting international ties in science."


Dr. Ginzburg is a native of Moscow and graduated with the equivalent of an undergraduate degree in physics in 1938 from the Moscow State University. He received his Ph.D. in 1942. He has been associated with the P.N. Lebedev Physical Institute of the Russian Academy of Sciences since 1940. He was the Head of the I.E. Tamm Department of Theoretical Physics at the academy from 1971 to 1988 and is currently an advisor to the Russian Academy of Sciences. He has been a part-time professor at Gor'ky State University since 1945 and a part-time professor at the Moscow Institute for Physics and Technology since 1968.

Dr. Ginzburg has received numerous awards and prizes. Among the list, many of them from the former Soviet Union, include the Order of Lenin, the Order "For Services for the Motherland" (1996), the State Prize (1953), the Lenin Prize (1966), the Mandelstam Prize (1947), the Lomonosov Prize (1962), the Vavilov Gold Medal (1995) and the Lomonosov Big Gold Medal of the Russian Academy of Sciences (1995).