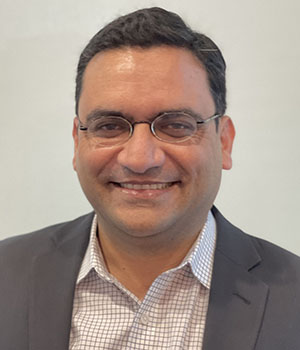 
"For fundamental advances toward a molecular-level understanding of non-equilibrium polymer dynamics and for developing methods to accurately measure extensional deformation of polymeric materials and interfacial flows."


Vivek Sharma is an Associate Professor of Chemical Engineering at the University of Illinois Chicago (UIC). He received a B. Tech (Textile) from IIT Delhi and an M. S. (Polymer Science, 2003) from the University of Akron. Vivek obtained his M. S. (Chemical Engineering, 2006) and Ph. D. (Polymers/MSE, 2008) from Georgia Institute of Technology under the mentorship of Prof. Mohan Srinivasarao. Following post-doctoral research in Mechanical Engineering with Prof. Gareth McKinley at the Massachusetts Institute of Technology, he established his Soft Matter ODES-lab (optics, dynamics, elasticity, and self-assembly laboratory) at UIC in November 2012. His group develops distinctive experiments and theories to analyze interfacial and nonlinear flows, colloidal and surface forces, optics, shear and extensional rheology, and processability of industrial and biological soft matter. His research program exploits and advances surfactant, proteins, & polymer physics, fizzics (the science of drops, bubbles, jets, foams, and emulsions), and fluid mechanics to facilitate macromolecular engineering of formulations, including coatings, fibers, cosmetics, and plant-based foods. He also publishes as a poet, an essayist, and a translator. Vivek was selected as the Distinguished Young Rheologist by the TA Instruments in 2015. He won the 2017 College of Engineering Teaching Award at UIC and the 3M Non-Tenured Faculty Award in 2019. He is an active member of APS, ACS, and the Society of Rheology.