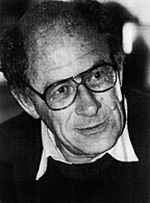 
"For his fundamental contributions to our understanding of dynamics and of singularities of maps with profound consequences for mechanics, astrophysics, statistical mechanics, hydrodynamics and optics."


Vladimir I. Arnold received his undergraduate degree in 1959 from the Moscow University, and his PhD from the Keldysh Institute of Applied Mathematics (Moscow) in 1963. He was Assistant Professor and later Professor (from 1965 on) at the Moscow State University, and then (from 1986) at the Steklov Mathematical Institute of the Russian Academy of Sciences (Moscow), being also (from 1993 on) a Professor at CEREMADE, Universite Paris-IX.

Among his main scientific results are the solution of the Hilbert's problem 13 (on representation of functions), the solution of the Birkhoff problem of stability of fixed points of symplectic mappings, the discovery of the instability of Hamiltonian systems, later called by physicists "Arnold diffusion", the first steps of th e symplectic topology ("Arnold conjectures"), the discovery of the relation of the topology of real algebraic curves to four-dimensional manifold invariants, and new methods in hydrodynamic stability theory, based on the curvature of the diffeomorphism groups. He has related the modern singularity theory of ray systems, caustics and wavefronts to the Coxeter reflection groups and simple lie algebra theory, changing also the shape of bifurcation theory and of what is called "quantum theory". The latest results in this direction connect the wave propagation theory to knot invariants (for the legendary knots in contact manifolds). This theory includes a new topological version of the Sturm theory replacing genuine functions of Sturm theory by curves representing multivalued functions.