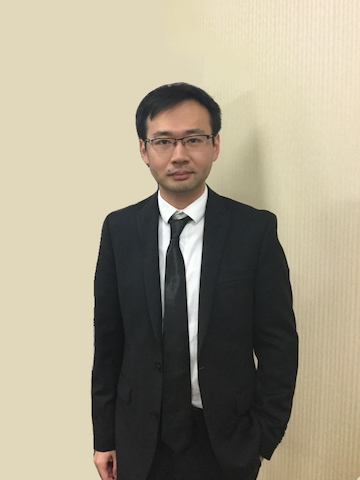 
Weizhi Xiong attended University of South Carolina from 2008 to 2012 and received a B.S. degree in physics. He attended Duke University from fall 2013 to February 2020 as a graduate student and studied under Prof. Haiyan Gao. While at Duke, he mainly worked on the event reconstruction for the proposed Solenoidal Large Intensity Device (SoLID), as well as the proton charge radius (PRad) experiment (E12-11-106) at Jefferson Lab, which was his Ph.D thesis experiment. He received the Jefferson Science Associates (JSA)/Jefferson Lab Graduate Student Fellowship in 2018 - 2019 and a Ph.D degree in physics from Duke University in May 2020. Currently, he is a postdoctoral researcher at Syracuse University, working under Prof. Paul Souder. His research focuses on the parity-violating deep inelastic scattering, as well as the simulation and event reconstruction for two major detection systems, the SoLID and the Super-BigBite-Spectrometer (SBS) at Jefferson Lab.