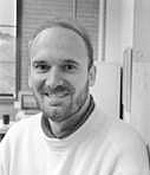 
"For important discoveries in the structure and flow properties of complex polymeric materials and pioneering experimental methods to study them."


Dr. Wesley Burghardt is an associate professor of Chemical Engineering at Northwestern University. He joined Northwestern in 1990, with B.S. and M.S. degrees from Illinois and a Ph.D. from Stanford. Burghardt studies the dynamics of complex polymeric fluids, using in situ techniques to monitor flow-induced structural changes. His group has developed several novel applications of flow birefringence to study both isotropic and liquid crystalline polymers. More recently his focus has shifted to x-ray scattering methods, performing experiments within the DuPont-Northwestern-Dow Collaborative Access Team at the Advanced Photon Source.

Dr. Burghardt received an NSF Young Investigator Award in 1994, and was the Allan P. Colburn Lecturer at the University of Delaware in 1997. He is on academic leave at the University of Minnesota, as a Piercy Visiting Professor in the Chemical Engineering and Materials Science Department.