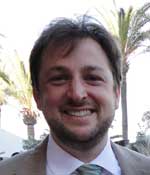 
Will Bertsche received his Bachelor's degree in Physics from Cornell University in 2000. He received his PhD in 2007 from the University of California, Berkeley where he researched nonlinear kinetic effects in plasmas. Since then, he has been employed as a postdoctoral research assistant for Swansea University and stationed full-time with the ALPHA collaboration at CERN. With the ALPHA collaboration, he significantly contributed to the design, construction, and operation of the ALPHA apparatus, focusing on topics of plasma manipulation and antihydrogen production. He developed a novel autoresonance-based injection technique that was instrumental in producing trappable antihydrogen atoms.