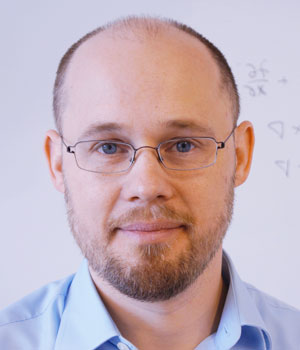 
Will Fox is a Research Scientist at the Princeton Plasma Physics Laboratory (PPPL) and Lecturer in the Program in Plasma Physics at Princeton University.  He received his undergraduate degree in 2001 from Princeton University and his Ph.D. from the Massachusetts Institute of Technology in 2009, between which he also taught high school physics and mathematics in Nepal.  Dr. Fox subsequently worked as a Research Scientist at the University of New Hampshire Space Science Center before joining PPPL in 2013.  His research focuses on laboratory experiments and simulations of fundamental phenomena relevant to plasma astrophysics and laboratory plasmas, including magnetic reconnection, collisionless shocks, and Weibel instability.  His work is conducted at a variety of facilities including the Versatile Toroidal Facility at MIT, Magnetic Reconnection Experiment (MRX) at PPPL, the DIII-D Fusion Facility at General Atomics, as well high-energy-density laser facilities including the Omega Laser Facility at the University of Rochester Laboratory for Laser Energetics, and the National Ignition Facility at Lawrence Livermore National Laboratory.  He is a member of the American Physical Society (APS) and winner of the APS 2019 Thomas H. Stix Award for Outstanding Early Career Contributions to Plasma Physics Research.