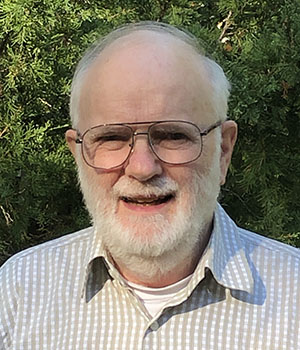 
"For leadership and technical ingenuity in achieving a measurement of the muon anomalous magnetic moment with a precision suitable to probe Standard Model mediated loop diagrams and possible manifestations of new physics, which inspired a vibrant synergy between experimental and theoretical particle physics to determine a comparably precise Standard Model prediction and interpret the implications of a possible discrepancy."


William M. Morse Brookhaven National Lab Citation: For leadership contributions to precision measurements of the anomalous magnetic moment of the muon, aka g-2, in BNL experiment E821 and FNAL experiment E989. BNL E821 was an improved version of the CERN III experiment from ±7 parts per million (ppm) uncertainty to ±0.47ppm uncertainty. E989 is an improved version of BNL E821 with projected uncertainty ±0.14ppm. Background: William M. Morse received his B.S. in physics from Stony Brook University in 1969 and Ph.D. from Purdue University in 1976. He then went to Brookhaven National Lab as a postdoc with the Leipuner-Adair group where he worked on rare K decays during 1977 – 1988, culminating as the spokesman for BNL E845, a search for the rare decay KL → π0 e+e-. Another group proposed an upgraded KL → π0 e+e- experiment at FNAL. Morse then joined the proposed muon g – 2 experiment at BNL in 1989. He worked on the precision magnetic field design and beam/spin dynamics systematic effects. He became the resident spokesman for BNL E821 in 1991 and the “systematic error accountant” in 1993. After E821 was finished, he became an original member of the muon g-2 proposal to FNAL, with specific responsibility for the conceptual design report beam/spin dynamics systematic effects section. Once the proposal was approved, he became the coordinator for moving the 15m diameter muon storage ring off the BNL site on the way to FNAL, and the original E989 beam/spin dynamics systematic effects coordinator. Because of the improved accuracy goal for FNAL E989, he coordinated studies of second-order beam/spin dynamics systematic effects. These effects were shown to be small compared to the E989 sensitivity. Honors include the Purdue University Outstanding Alumnus Award and the BNL Science and Technology Award. He is a Fellow of the APS.