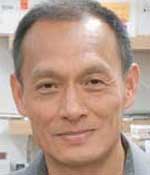 
"For his development and application of transformative experiments that have allowed the visualization of physical and chemical phenomena within molecules at the atomic scale."


Wilson Ho received his B.S. and M.S. degrees in chemistry from the California Institute of Technology in 1975, and his Ph.D. in physics from the University of Pennsylvania in 1979.  He spent a year at the AT&T Bell Laboratories and was on the faculty at Cornell University prior to joining the University of California, Irvine in 2000 as Donald Bren Professor of Physics & Astronomy and Chemistry.  His research has been guided by the development of new instrumentation for probing chemical and physical phenomena at solid surfaces.  Over the last 15 years, he has used homemade scanning tunneling microscopes (STM) to investigate single atoms, molecules, and artificial nanostructures on solid surfaces. His key discoveries include the realization of inelastic electron tunneling spectroscopy and microscopy of molecule vibrations, spin excitations, and light emission in the interior of single molecules. Some of his research results have appeared in textbooks. His work has been recognized by Fellowships in the American Physical Society and the American Association for the Advancement of Science, the Bonner Chemistry Prize by the University of Bonn, the Alexander von Humboldt Research Award for Senior US Scientists, and the Medard Welch Award of the American Vacuum Society.