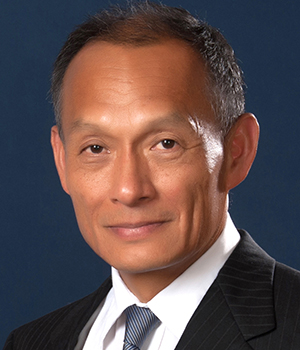 
"for the design and construction of a series of highly sophisticated scanning probe instruments, including the development of inelastic electron tunneling spectroscopy at the single atom and single spin limit, that provided many breakthroughs in the science of measurement."


Wilson Ho received his B.S. and M.S. degrees in chemistry from the California Institute of Technology in 1975, and his Ph.D. in physics from the University of Pennsylvania in 1979. He spent a year at the AT&T Bell Laboratories and was on the faculty at Cornell University prior to joining the University of California, Irvine in 2000 as the Donald Bren Professor of Physics & Astronomy and the Donald Bren Professor of Chemistry. His research has been guided by the development of new instrumentation and methods for probing molecules at solid surfaces. Over the last 20 years, he has used homemade scanning tunneling microscopes (STM) to advance the field of single molecule chemistry, physics, and optics. His main contribution involved the realization of inelastic electron tunneling spectroscopy and microscopy with the STM that measured molecular excitations and structures at below 0.1 nm resolution in 3D. By combining a femtosecond laser with a STM, he extended measurement of single molecule dynamics to the space-time limit. His work has been recognized by fellowships in the American Physical Society and the American Association for the Advancement of Science, memberships in the U.S. National Academy of Sciences and as Academician of the Academia Sinica of the Republic of China, the Bonner Chemistry Prize of the University of Bonn, the Victor K. LaMer Prize of the American Chemical Society, the Medard Welch Award of the American Vacuum Society, and the Irving Langmuir Prize of the American Physical Society.