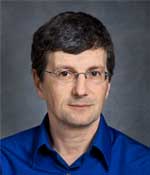 
Dr. Wim Leemans is a senior scientist and Head of the LOASIS Program at LBNL, research physicist at UC Berkeley and adjunct professor at the University of Nevada, Reno. He obtained an electrical engineering (EE) degree from the "Vrije Universiteit Brussel", Belgium in '85, and MS and Ph.D. degrees in EE with emphasis on plasma physics, in '87 and '91 respectively, from UCLA. In '91 he joined LBNL and, in '94, started the LOASIS group in the Accelerator and Fusion Research Division which focuses on laser plasma accelerator science and hyperspectral radiation sources.  He received the '92 APS Simon Ramo award for outstanding doctoral thesis research work in plasma physics, the 1996 Klaus Halbach Award for X-ray Instrumentation, the 2005 United States Particle Accelerator School Prize for Achievement in Accelerator Physics and Technology, Outstanding Performance Award at LBNL in 2005 and 2006, and most recently the 2009 E.O. Lawrence Award from the DOE. He is a Fellow of both APS and IEEE. He has been research advisor for more than fifteen PhD graduate students, two of whom that received the APS outstanding dissertation award (2005 & 2006) and one who received the Japanese PJAS prize for outstanding dissertation (2007).