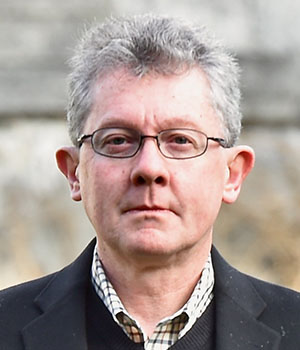 
"For innovative applications of scanning tunneling microscopy and spectroscopy to complex quantum states of matter."


Séamus Davis received his B.Sc. from University College Cork, Ireland in 1983. He received his Ph.D. from the University of California, Berkeley in 1989, under Prof. Richard E. Packard. Davis’ active research interests are in the macroscopic quantum physics of quantum matter including studies of superconductors, superfluids and supersolids; Kondo, Weyl and Hund metals; magnetic and Kondo topological condensates; spin & monopole liquids. A specialty is development of innovative instrumentation to allow direct atomic-scale visualization or perception of the macroscopic quantum phenomena that are characteristic of these states. His honors include the Outstanding Performance Award of Berkeley National Lab., the Science and Technology Award of Brookhaven National Lab., the Fritz London Memorial Prize, the H. Kamerlingh-Onnes Memorial Prize, the Science Foundation Ireland Medal of Science, and the O.V. Lounasmaa Memorial Prize. Davis is a Fellow of the Institute of Physics (UK), the American Physical Society (USA), the Royal Irish Academy (Ireland), the America Assoc. for Advancement of Science (USA) , and a Member of the US National Academy of Sciences (USA).