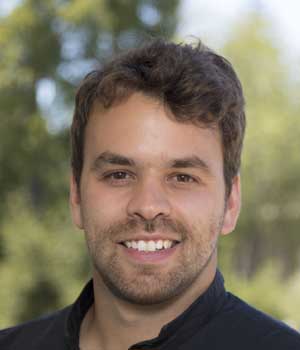 "For seminal contributions that advanced the field of laboratory astrophysics through numerical simulations and leadership of experiments on particle acceleration, collisionless shocks, and magnetic reconnection."


Frederico Fiuza is a Staff Scientist and the Theory Group Leader at the High Energy Density Science division at the SLAC National Accelerator Laboratory since 2015. He obtained his degree in Physics Engineering and his PhD  degree in Plasma Physics from Instituto Superior  Tecnico, Portugal, in 2007 and 2012,  respectively. He subsequently became a Lawrence Postdoctoral Fellow at the Lawrence Livermore National Laboratory between 2012 and 2015, before joining SLAC. He is interested in the combination of massively parallel kinetic simulations and experiments to explore a wide range of topics in astrophysical and laboratory plasmas, including particle acceleration, magnetic field amplification, collisionless shocks, magnetic reconnection, and instabilities in fusion plasmas. Frederico has been awarded the Oscar Buneman Award for Best Visualization of Plasmas in 2011, the Lawrence Fellowship in 2012, the European Physical Society PhD Research Award in 2013, and the DOE Early Career Research Program Award in 2017.