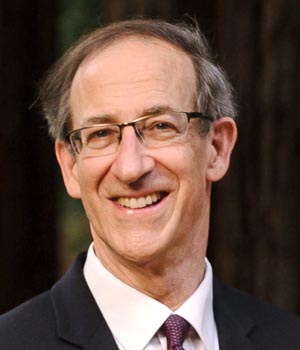 
"For ground-breaking contributions to the development and application of laser spectroscopic techniques to probe surfaces, interfaces, and nanoscale materials."


Tony Heinz received a BS degree in Physics from Stanford University in 1978 and a PhD degree, also in Physics, from the University of California, Berkeley in 1982. He then joined the IBM Research Division in Yorktown Heights, NY as a research staff member. In 1995, he became a professor of Physics and Electrical Engineering at Columbia University. In 2015, he joined Stanford University as a Professor of Applied Physics, with a concurrent appointment at SLAC National Accelerator Laboratory. At SLAC, he is currently serving as the Associate Laboratory Director for Energy Sciences. Heinz has contributed to professional societies, notably as the Chair of the APS Division of Laser Science and President of the Optical Society of America. His research accomplishments in the development and application of laser spectroscopic techniques to probe surface, interfaces, and nanoscale materials have been recognized by several awards, including the Optics Prize of the International Commission for Optics, the Springer Prize for Applied Physics, the von Humboldt Senior Scientist Research Award, the APS Isakson Prize, the AVS Welch Award, and the OSA Meggers Award. Heinz is known as a dedicated educator who enjoys teaching students at all levels. He takes particular pride in the accomplishments of his more than eighty former graduate students and postdocs who are actively expanding the frontiers of science and technology around the world.