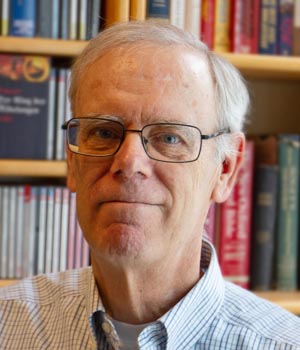 
"For leadership in developing the modern accelerator complex at Fermilab, enabling the success of the Tevatron program that supports rich programs in neutrino and precision physics."


Steve Holmes received his B.S. from Duke University in 1972 and his Ph.D. in Physics from Harvard University in 1976. Following seven years at Columbia University he joined the staff of the Fermi National Accelerator Laboratory in 1983. His early career was spent in experimental elementary particle physics, but he developed an interest in accelerator physics in the early 1980’s. Upon joining Fermilab he was part of the team that constructed the antiproton source. Subsequently he worked on nearly all accelerators within the complex, in both technical and management positions, while holding major responsibilities for the operation of the Tevatron Collider and the construction and operation of the Main Injector/Recycler complex. He served as Head of the Fermilab Accelerator Division and as Project Manager for the Main Injector construction project in the 1990’s. He held the position of Fermilab Associate Laboratory Director for Accelerators from 1999-2010. He served as Project Director for the ongoing PIP-II project from its inception until his retirement in 2018. He is a Fellow of the American Physical Society and a former chair of the Division of Physics of Beams.