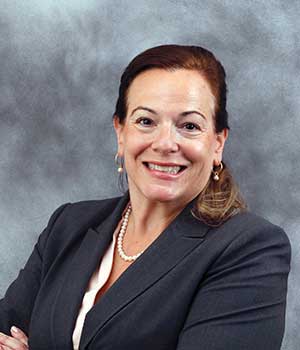 "For pioneering work in proton therapy and for the promotion of the applications of physics to both experts and non-experts."


Cynthia Keppel is the Hall A/C Experimental Group Leader at the Thomas Jefferson National Accelerator Facility (JLab), and a spokesperson for eleven JLab experiments focusing broadly on precision nucleon structure studies and novel detection techniques. She is a CTEQ (Coordinated Theoretical-Experimental Project on QCD) collaboration co-Spokesperson. Notable recognitions include current service on the National Nuclear Science Advisory Committee, being named an APS Fellow (2018), a recent R&D 100 award finalist, receiving the APS SESAPS Francis G. Slack Award (2016), and the VA Outstanding Faculty (2000) and Outstanding Scientist (2011) awards. She received an NSF CAREER award while in a previous joint position as Endowed Professor at Hampton University (HU) and JLab Staff Scientist,. Dr. Keppel is active in applying nuclear physics techniques to medical technology development, where she holds several patents, serves as Senior Executive Director of the HU Proton Therapy Institute (consulting), and is community faculty at the Eastern Virginia Medical School. She earned her Ph.D. in 1995 from The American University for research at SLAC, and her B.A. in 1984 from St. John’s College. She has served on the APS DNP Executive and Program Committees, the NIH National Advisory Research Resources Council, the Board of the Pediatric Proton Foundation, and as Chair of the National Nuclear Physics Summer School Committee. She is an author of over 140 peer-reviewed scientific publications.