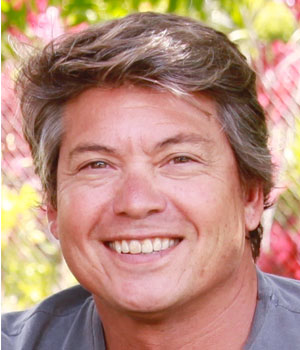 "For leadership in and pioneering contributions to the theory and kinetic simulations of nonlinear processes in plasma-based acceleration, and relativistically intense laser and beam plasma interactions."


Warren B. Mori is a Distinguished Professor in the departments of Physics and Astronomy and of Electrical and Computer Engineering at UCLA. He received his B.S. from UC Berkeley in 1981, and his M.S. and Ph.D. from UCLA in 1984 and 1987, respectively. He has been at UCLA from 1981 until the present.  He served as the Director of the UCLA Institute for Digital Research and Education from 2006 until 2020. This Institute leads a campus wide effort in the use computational and data science, and digital technologies for advancing knowledge and making discovery. He is also the Director of the UCLA Particle-in-Cell and Kinetic Simulation Software Center and Plasma Simulation Group. His current research interests are in advanced computing, particle-in-cell simulations of plasmas, basic plasma physics, high intensity laser and beam plasma interactions, plasma based accelerators and light sources, nonlinear optics of plasmas, inertial fusion science, and high energy density science. He is the coauthor of more than 400 publications on a variety of topics in plasma and  computational  physics.  He is a fellow of both APS (1997) and IEEE (2009) and is a current  member of both societies. In 1995 he received the International Center for Theoretical Physics Medal for Excellence in Nonlinear Plasma Physics by a Young Researcher and was the recipient of the Advanced Accelerator Concepts Prize in 2016 for, “ his leadership and pioneering contributions in theory and particle-in-cell code simulations of plasma based particle acceleration.”