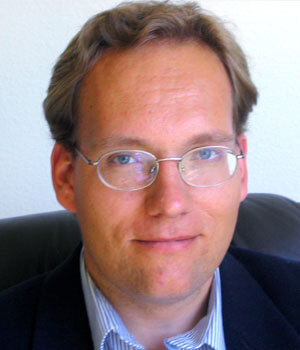 
Professor Niemann received his diploma (B.A. and M.A.) from the University of Erlangen-Nuernberg, Germany in 1998, and a PhD in physics from the Technische Universitaet Darmstadt, Germany in 2002. From 2002 to 2005 he was a postdoc and research scientist at the LLNL National Ignition Facility. He has been an assistant professor in the Department of Physics & Astronomy at UCLA since 2005 and became a full professor in 2012. His research focuses on experimental laser-plasma physics in the areas of laboratory astrophysics and high-energy density physics. He has led a small team of researchers and students to design and build a kilojoule class laser at UCLA, which has recently produced the very first laser-driven collisionless shocks in the Large Plasma Device (LAPD). Highlights of this research include the direct observation of collisionless Larmor coupling between the laser and the LAPD plasma, the first observation of electromagnetic ion-ion beam instabilities responsible for parallel shock formation, and measurements of the three-dimensional structure and evolution of collisionless shocks in high-repetition rate laser experiments.