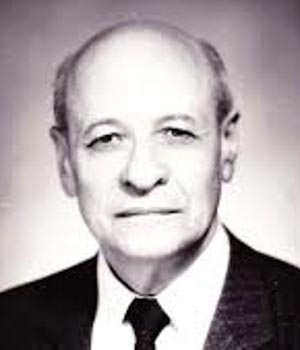 
"For pioneering research on spin-orbit coupling in crystals, particularly the foundational discovery of chiral spin-orbit interactions, which continue to enable new developments in spin transport and topological materials."


Emmanuel Rashba was born in Kiev, USSR, the capital of Ukraine, on October 30, 1927. His father Iosif was a defense lawyer and his mother Rosalia a teacher. In 1941 the family fled from the Nazi invasion to the east. Rashba started his education in physics at the University of Kazan’ and completed it, with high honors, at the University of Kiev in 1949. Because of the chauvinistic policies of that epoch, he had to take temporary jobs for the following five years, until he was accepted to the semiconductor division of the Institute of Physics of the Academy of Sciences of Ukraine, in Kiev. There, in collaboration with experimenters, he developed methods of identifying exciton bands near the edge of fundamental absorption. For his work on exciton spectroscopy, Rashba earned his PhD degree from the Institute of Physics (Kiev) in 1956, and afterwards, in 1966, became a corecipient of a National Prize awarded for the discovery of excitons. Switching to spin-orbit coupling in crystals, he came to what is currently known as the Rashba Hamiltonian, and in 1960 predicted the Electric Dipole Spin Resonance. For this work he shared the Ioffe Prize with Gregory Pikus and earned the Doctor of Sciences degree from the Ioffe Institute. In 1966 Rashba moved to Moscow, to the Landau Institute of Theoretical Physics. In 1997, he moved to the US where he worked at the University of Utah, SUNY at Buffalo, and the Harvard University, mostly on spintronics and nanoscience. He is a Fellow of APS.