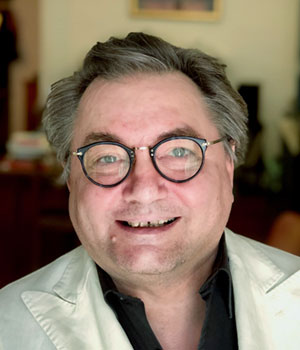 "For seminal contributions revealing the physics of fragmentation and mixing."


Emmanuel Villermaux is a distinguished Professor at Aix Marseille University and at the Institut Universitaire de France. He received in 1993 a PhD from the University of Paris VI, Pierre & Marie Curie, in Grenoble where he was appointed the same year at CNRS, and where he obtained in 1998 the habilitation from the Joseph Fourier University.

His interests are in the mechanics of deformable bodies in the broad sense, from fluids to solids, with a particular taste for mixing and fragmentation, a programme he conducts through simple but demonstrative experiments, and elementary but profound theories.

Pr. Villermaux has soon identified the stretched sheet as the building block of stirred scalar mixtures and has demonstrated how the interaction rules of nearby sheets direct the overall concentration distribution of any mixture in its route to uniformity. This framework where microscopic diffusion and global statistical physics are intermingled has also allowed him to discover a new lengthscale in stirred mixtures (the `coarse grained' scale), to devise a numerical method for mixing (the Diffusive Strip Method), to understand the impact of chemical reactions on the mixture’s structure, and to explain the anomalous persistence of evaporating dense sprays.

Realizing that liquid fragmentation results from a tradeoff between `disgregation’ and cohesion, Pr. Villermaux has singled-out the crucial role played by liquid ligaments in the building-up of the drops sizes distribution in sprays. He showed that, contrary a common belief, drops formation proceeds from an inverse cascade of aggregations within the ligaments, and not from a direct sequence of successive breakups thus revealing, among many other applications, the very nature of the raindrops sizes spectrum.

Pr. Villermaux is an associate editor of the Comptes Rendus Mecanique and a founder associate editor of Physical Review Fluids. He is an elected Fellow of APS, of Euromech and has been the recipient of the Bronze Medal from CNRS, and of the Edmond Brun Prize from the French Academy of Sciences.