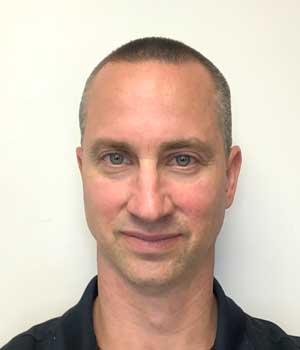 
"For experimental verification, through collaborative experiments, of a novel and highly efficient ion cyclotron resonance heating scenario for plasma heating and generation of energetic ions in magnetic fusion devices."


Dr. Stephen J. Wukitch is a principal scientist at MIT Plasma Science and Fusion Center. He earned a B.S. in nuclear engineering from Pennsylvania State University in 1991, an M.S. in 1993 and a Ph.D. in 1995 from the University of Wisconsin, both in engineering and engineering physics. He had overall responsibility for the physics program and operation of the 8 MW ion cyclotron range of frequency (ICRF) system on Alcator C-Mod.  His research interests include RF wave physics, RF-plasma edge interactions, and antenna, transmission, and source technological challenges. The three ion scenario development was motivated by the need to understand and control the high energy 3.5MeV 4He ions that result from the D+T fusion reaction. For an economical operation of a future fusion reactor, it is essential that their energy is optimally transferred to core plasma particles before they escape the device. The three ion scenario has the potential to provide a test population of energetic ions for investigating energetic particle physics in present and future devices.  Presently, he leads a collaborative effort on DIII-D National Fusion Facility to validate the physics and technology for high field side launch of lower hybrid waves (HFS LHCD). HFS LHCD in double configurations represents an integrated solution for efficient off-axis current drive and potentially mitigates PMI /coupling issues in present day experiments and future burning plasmas. He was elected an American Physical Society fellow in 2010.