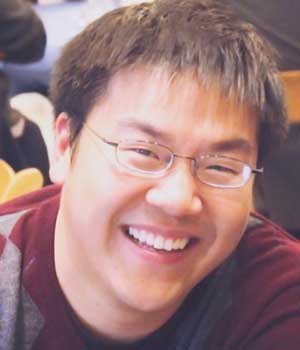 
"For the elucidation of non-equilibrium quantum phases of matter, in particular time crystalline order, and for enabling the realization of these phases in quantum optical systems."


Norman Y. Yao is an assistant professor of physics at the University of California, Berkeley. His group’s research interests lie at the interface between atomic, molecular and optical physics, condensed matter, and quantum information science. Professor Yao received his bachelor’s degree, summa cum laude, in physics and mathematics from Harvard University in 2009. His bachelor’s thesis on nonlinear mechanics in biopolymer networks, performed under the guidance of professor David Weitz, was awarded the Captain Jonathan Fay Prize. He then continued his doctoral studies at Harvard working with professor Mikhail Lukin, before beginning postdoctoral work at the University of California, Berkeley as a Miller Fellow. His thesis was awarded the 2015 Deborah Jin Award for Outstanding Doctoral Thesis Research in Atomic, Molecular, or Optical Physics. In 2016, he joined the physics department at UC Berkeley as an assistant professor. Recently, Professor Yao was awarded an Alfred P. Sloan Fellowship and a David and Lucile Packard Fellowship in Science and Engineering for his research on non-equilibrium quantum systems.