Tesla. Just say the name of this engineer-inventor-futurist extraordinaire and nerds everywhere rejoice. He is seen as a superhero. From his historic fight with Edison, to the almost miraculous character of some of his inventions, to the celebrated Tesla coils with which undergrad physics students play, Nikola Tesla continues to be studied and his contributions continue to be appreciated. After all, he championed the alternating-current electrical system that is extensively used today, and he pioneered the use of the rotating magnetic field (the basis of most AC machinery). His story is even more compelling given his modest roots — Tesla, a Serbian immigrant, who arrived in the United States in 1884 with little more than the clothes on his back.

On Long Island, the town of Shoreham, New York is the site of Wardenclyffe, a 16-acre industrial property featuring a red brick building that once housed one of Tesla’s laboratories. It is one of only a few of his facilities left standing. In 2012, a motley crew of Tesla enthusiasts, bound together by a mission of preserving the site and transforming it into a science center, raised almost $1.5 million to buy the site. Preparations are now underway to develop the Tesla Science Center at Wardenclyffe (TSCW).

Given Wardenclyffe’s historical significance as it relates to Tesla and his scientific discoveries, it is not surprising that it has been designated an APS Historic Site. On December 11, 2016, a crowd consisting of fans of both Tesla the Man and Tesla the Science Center gathered at Wardenclyffe to celebrate its role in solidifying Tesla’s reputation as an innovator ahead of his time. Wardenclyffe's Board of Directors President Jane Alcorn helped APS past-President Sam Aronson unveil the historic site plaque, whose citation reads: "In recognition of Nikola Tesla's critical role in the development of alternating current motors and power grids and of his pioneering work in wireless communications technology. At this site, Wardenclyffe, Tesla tried to create a worldwide wireless system for communications and power transmission. He never lost faith in this grand vision, which was far ahead of its time. While long-distance wireless power transmission remains a dream, worldwide wireless communication was achieved within a century."

Marc Alessi, Executive Director of TSCW, noted "As you look around, you know you are on hallowed ground. And today’s ceremony is just to drive that fact home. We are proud to join here today with APS, the American Physical Society. This location in particular is a world historic site. Nikola Tesla had many labs, but this is the last standing lab dedicated to Nikola Tesla."

"The American Physical Society is designating this as a historic site in physics, recognizing the work of Nikola Tesla here and especially his work at Wardenclyffe," said Aronson. "Today we honor the brilliant vision and stunning achievements of a truly great man."

As he spoke at the ceremony, Aronson shared that Tesla’s legacy is currently (pun intended) seen in many areas of physics. "He made many other contributions, also far ahead of his time, including in fluorescent lighting, lasers, x-ray imaging, and wireless communication and wireless transmission of electrical energy. He worked on remote control and robotics and the first hydroelectric power plant at Niagara Falls, and also on vertical-takeoff aircraft. So he was a very broad thinker. It’s right to honor him today, especially for his work on electrical systems. He even foresaw the advent of satellites. He built this laboratory, designed by Stanford White, and its famous transmitting tower [which no longer exists]. The tower was almost 200 feet tall and was meant to be the means for transmitting both signals and electric power any place on the globe."

As Gene Genova wrote in "The History of Wardenclyffe":

"In 1901, Tesla purchased 200 acres on Long Island’s north shore from James Warden. These 200 acres were part of an 1,800 acre potato farm along what is today Route 25A in Shoreham, NY. The site became known as Wardenclyffe, after the former owner. Here, Tesla established what would become his only remaining laboratory building.

"The purpose of the Wardenclyffe laboratory was the establishment of a wireless telegraphy plant. The prestigious architectural firm of McKim, Mead, and White was contracted to design the laboratory and transmitter tower (187 feet high above ground and 120 feet deep below ground level). Stanford White became the architect for the building. Tesla’s plan had the initial backing of the financier J. P. Morgan.

"During the last week of July 1903, residents around the Shoreham site experienced what was to be the only testing of Tesla’s equipment at this facility. Several days after these tests, his dream was destroyed when creditors from Westinghouse confiscated his heavier equipment for nonpayment for services rendered. In addition, James Warden sued Tesla for nonpayment of back taxes. In 1917, the 187-foot tower was destroyed by dynamite explosion as ordered by the U.S. government. It was demolished the same year by the Smiley Steel Company.

"In 1939, the Peerless Photo Company purchased the property to manufacture emulsions for photographic film and paper. Additional buildings were constructed. In 1969, it became Agfa-Gevaert, Inc., at that time a division of the Bayer Corporation. In 1987, manufacturing ended, and the facility was closed down. Since then, the entire facility has remained dormant. It is noteworthy that, in 1967, the laboratory building was slated to be the first to be considered for listing on the Town of Brookhaven registry of historic sites.

For years, the laboratory building turned to ruins and it looked like its demolition was likely. However, in August 2012, in collaboration with internet cartoonist Matt Inman (TheOatmeal.com), The Tesla Science Center at Wardenclyffe group launched an internet fundraising campaign that ultimately raised $1.37 million and eventually, in May 2013, succeeded in purchasing the 16-acre industrial property, including Wardenclyffe and the original tower base." 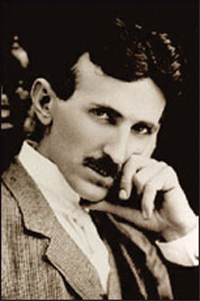